How does sorption measurement work?

Manometric techniques measure how much a material is capable, under controlled pressure and temperature conditions, of capturing or releasing a particular gas. They are also able to measure the rate at which these phenomena can take place.

The methods of gas sorption analysis by manometry use the pressure variations of a gas when it is captured (adsorption or absorption phenomenon) or when it is released (desorption phenomenon) by the material to be characterized. They can be used at low pressure, or up to high pressures, from a few tens to a few hundreds of bar.

The device that allows these measurements is essentially composed of :

To characterize the adsorption or absorption of gas by the material, the temperatures of the measuring cell and of the tank are first stabilized at set values. The sample is evacuated to “clean” it of any gases it may be carrying at the beginning of the measurement.

A dose of test gas is then prepared in the tank at a pressure chosen by the user. Knowing the volume of the tank, its temperature, and its pressure, the quantity of gas prepared is then easily determined from the equation of state of the gas.

The valve separating the cell from the tank is then opened, allowing the test gas to flow into the entire available volume. The theoretical final pressure in the absence of gas sorption by the sample is calculated from the amount of gas in the tank, the volume available in the cell, its temperature, and the pressure of the cell + tank.

These devices cover the needs of research and development of materials in different forms (solid, powder, liquid). They are used over a very wide range of temperatures and applications.

The procedure described in the introduction can be repeated with gas doses of increasing pressure, at a fixed sample cell temperature. Thus, it is possible to determine, at a given temperature, the increase in the amount of gas captured by the sample as a function of the pressure being applied to it. This data set is called the sorption isotherm. This information is fundamental for the understanding of a material, its behavior, its structure, and its potential performances and applications.

Thus, these measurements are essential to characterize adsorbent or absorbent materials for the capture, separation, storage of gases or for many types of catalysts. 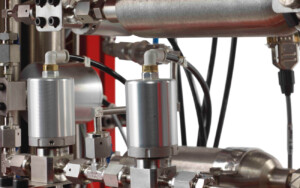 Instead of just measuring the final pressure after stabilization, devices using this method measure the pressure continuously. They apply the same adsorbed or absorbed gas quantity calculation at each point of measurement and are thus able to display the variation of the captured gas quantity as a function of time. These devices thus give access to the rate of the phenomenon, also called kinetics of sorption.

We can easily understand that this rate is very important for the final application of the material, and that two materials having the same gas sorption capacity but very different sorption rates will not have the same uses. 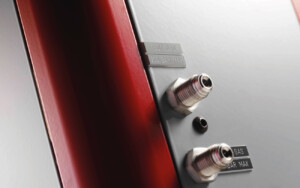 Manometry and measurements of desorption and sorption-desorption cycles

The procedure described in the introduction can be carried out starting from a sample initially exposed to a high pressure, and from a tank previously placed under vacuum. Thus, instead of triggering capture or adsorption, the opposite phenomenon, release or desorption, will take place. It is then possible to perform desorption isotherms and desorption rate measurements.

These data are also important for the material’s final application, since in most cases, it is subjected to gas capture and release cycles.

Some manometric devices enable the programming of adsorption-desorption cycles to check the behavior of the material in conditions close to those to which it will be exposed in its application. 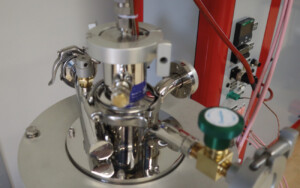